"Hi Everyone, my name is Eileen Moynihan.  I live in Ireland, and I write children's books and poetry. 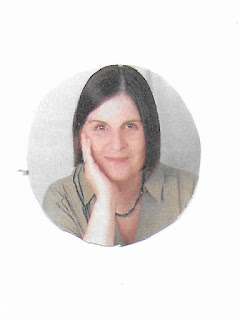 "I would like to introduce you to Patricia Stinson, a writer living in Minnesota, in the United States. 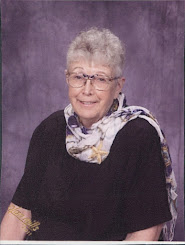 "Pat, will you answer some questions?"
"I am happy to answer your questions?  Fire away."
"Please tell us where you grew up and a bit of your background."
"Happy to do so, Eileen.  I was born in Minneapolis, Minnesota, in the United States of America, and grew up in the small suburb of Columbia Heights.  After elementary and high school, I went to Augsburg College in Minneapolis and earned a BA degree in Elementary Education and later a Master's Degree in Elementary Education at the University of Minnesota.
"I taught first through fifth grades in my forty years of teaching, including a country school in Lansing, Minnesota, city schools in Minneapolis, and I went to New Guinea for two years as a lay missionary teacher."
"Why would you go to New Guinea, Pat?"
"I have tried to put Christ first in my life and follow what I believe is His direction.  I heard the mission field needed teachers to teach in English to the children in New Guinea.  In the area where I worked, there were 300 different tribal languages so by having the children learn to read, write, and do math in English, the Australian government hoped it would unify the area.  It was a great experience for me to live in a completely different culture.  In their culture, they lived in fear and did not know God or that He loved them.  I saw how blessed I was to know my Savior."
"You write fiction, yet there seems to be some history in each book.  Why is that?"
"Boredom.  Pure and simple.  When I was in high school and college, I learned about the wars, the dates, and just a bit about the causes. 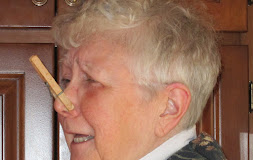 "To me, dull smells hot tar mixed with sour milk.
"I want to know more than the bare bones and facts of history.  People make history with emotions and personalities, which influences events.  Knowing the people makes history come alive.  Many readers do not want to read history as they consider it dull.  My goal is to write the history mixed into the fiction story because it adds more interest to the story and more interest in learning history.  I don't blame the schools for the lack of exciting events as there is so much history, they can't teach it all."
"Can you give examples, Pat, as to how you include history in your books?"
"Love to, Eileen.  I based Range War Legacy on the true events in the late 1800s and the early 1900s in Crook County, Oregon.  A young girl and her parents were on a picnic in a meadow when several riders wearing gunny sacks over their heads, with the eyes in the sacks cut out so the riders could see, rode over the ridge and killed three sheepherders, two dogs and ran thousands of sheep off a cliff to their deaths.  Everyone in the surrounding towns knew the girl, and her parents could identify the murders by their horses and other identifying features.  But, they never said a word.  Even when the girl was in her eighties and all the participating people died on that terrible day, she would not name them.  Many of my friends did not know our country ever had a cattle and sheep war.  So, I wrote Range War Legacy with fictitious characters going through these events and showing what life was like in that time and how it influenced the girl and her parents to never came forward with the names." 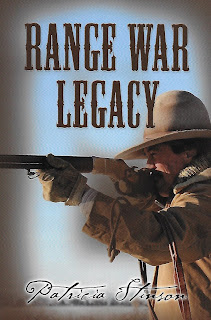 "For my book Wild River, I researched what happened after the defenders at the Alamo were killed by General Santa Anna and his vast army.  The Americans and Mexican- Americans living in the surrounding villages and towns were in extreme danger.  They ran with what they could carry ahead of the military to the Sabine River, which separated the Texas border from Louisanna.  I also researched how Santa Anna was defeated and captured and what happened to him later.
"I  included information about Kit Carson (a Western Hero to some but not the Navahos) and the massacre at Dragoon Springs.
"I wove the historical events into my book with fictional characters and showed how history affects attitudes and prejudices of that time." 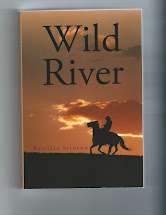 "In Slaves of Passion, I wrote what life was like for a pregnant slave teen who wanted her child to be born free.  The story is set before the Civil War and shows the conditions the slaves had to endure.  I researched the lives of slaves in the 1840s and the Nez Perce Native American life in the 1880s. 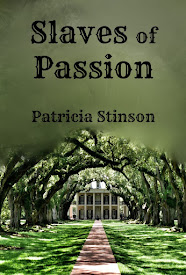 "This book covers the struggles of three generations, starting with a pregnant slave teenage girl.
"I write primarily western fiction with some history, so I thought I should include a picture of my pal Hickory.  I don't own him as I live in the city, but he is gentle fellow.  I have ridden western and English styles for many years." 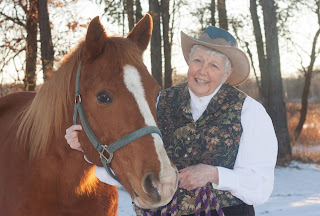 Hickory and Pat
"I hope I have answered your questions, and I am always happy to respond to anyone who sends me an email at pstinson23@comcast.net, and I have a blog where folks can make comments or ask questions.  The address is https://gogoreadgo.blogspot.com. My website is https://www.patriciastinsonwriter.com/writing water.  If anyone is interested in reading the first chapter of my books for free, they are welcome to do so at Amazon Books.com.  If anyone purchases a book they will be helping the MS Society. I donate 20% of my royalties to the MS Society as my sister and niece have MS.
"Thank you so much, Eileen.  This has been a wonderful time for me, and I hope you enjoyed it too."
"Thank you for spending some time with us, Pat.  Now I will close this session conducted by Eileen Moynihan, author of children's books and poetry.  Bye, all."

By Patricia Stinson Pat Stinson at November 21, 2021
Email ThisBlogThis!Share to TwitterShare to FacebookShare to Pinterest