A Christian Put to the Test

A Christian Put to the Test 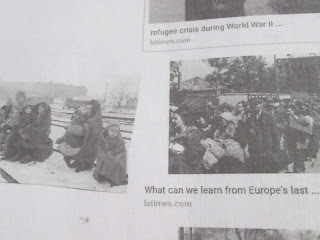 We have all seen the plight of the Ukrainian refugees. In World War II, six million to ten million refugees were going into France and then into Spain.

Let me tell you a true story. Does it have a happy ending? In some way, yes, and in some way, no. That is life.

In a small village in Portugal, twin brothers were born. One was Ceasar Whereas Aristides Mendes, and the other was Aristides de Sousa Mendes. Both boys had a life of luxury and graduated from law school in Coimbra, Portugal, in 1907. They were devoted Catholics.

He was the consul general in Bordeaux, France. His office was on the second floor of a building where he issued visas, and he and his family lived in a large apartment on the third floor. It had to be significant in size as he had fourteen children when our story begins.

In June 1940, the Nazis rumbled toward Bordeaux. Thousands of residents of Belgium and Paris wanted to escape.

People traveled by car, truck, bicycles, and on foot to Bordeaux. Aristides Sousa (from now on, I will just use his name, Sousa) invited people to sleep in his office, the hallway, the stairs, and in his apartment. He drove around the city. He saw the refugees in the parks, in tents, doorways, and any place they could find shelter.

The refugees needed visas signed by Sousa to travel into neutral Portugal and from there to Spain, Lisbon, and then out of Europe.

Portugal's dictator, Antonio de Oliveira Salazar, ordered Sousa not to issue any visas to Jews, Russians, or stateless persons, as he did not want to anger Germany.

Sousa saw his friend, a Rabbi, and his family. He told him he would make sure they would get visas. The Rabbi refused. He said he would not take something the other Jews could not have.

Sousa went home and locked himself in his bedroom for three days and nights. Then he walked down to his office.

He began to sign vistas en masse. Desperate people stood in line for days and nights. It stretched down the street, around a corner, and down more streets. Sousa sent his secretary to gather handfuls of passports and bring them to Sousa's table in his office. A staff member stamped the visa on the passports, handed them to Sousa, who signed them with his last name, Mendes, and then the passports were handed back to the owners, and more were collected. This was done night and day for over a week. Many people did not have passports, but Sousa still issued them visas.

The Portugal dictator sent word to Sousa to stop. He didn't.

After a week, Sousa heard there were 10,000 referees stalled at the Spanish border. The guards were told not to honor the visas he had signed.

Sousa drove to the site, and after talking with the guards for over an hour, the refugees passed through the gate. (I wonder what he told the guards so they would go against their orders.) He continued to sign visas.

Salazar, the Portugal dictator, forced Sousa to retire. He was promised a pension, but he never got it. He had difficulty finding any work. He sent two of his children to live with his brother as he did not feel he could provide for them. He lost his estate to pay his debts. By the end of 1942, Sousa, and the children, still at home, went to a soup kitchen for their meals. In less than a year, he went from affluence to poverty.

In 1945, he had a stroke that left him partially paralyzed. His friends, colleagues, and close relatives blamed him for his troubles.

He was buried wearing the robes of the Third Order of St. Francis. Followers of the order live by the example of St. Francis, who preached that God lives in every man.

These are a few people who had their visas signed by Mendes.

Israel and Madeleine Blauschild - screen names were Marcel Dalio and Madeleine LeBeau. They both were in the movie Casablanca. Israel (screen name Marcel) played Emil the croupier, and Madeleine played Yvonne, who sang La Marseillaise with tears on her cheeks.

Archduke Otto von Habsburg pretender to the Austrian throne and 18 other people in his group.

H.A. and Margaret Rey escaped by building their own bicycle, and they brought their manuscript of Curious George to the United States, where it was published.

Rabbi Kruger and his family- he was the first person Sousa offered a visa, and the Rabbi said, "How can I take care of just myself? How can I leave my fellow Jews behind?" The Rabbi's words spurred Sousa to issue 20,00 to 30,000 visas. A few brief words entered Sousa's heart. The Rabbi and Aristides De Sousa Mendes saved tens of thousands from death.

Sousa said, "I would rather stand with God against man than with man against God."

Sousa ran the marathon for his faith as in Hebrews 12: 1b-2.  Let us run with perseverance the race marked out for us, fixing our eyes on Jesus, the pioneer and perfecter of faith. Verse 3  Consider Jesus who endured such opposition from sinners so that you will not grow weary and lose heart. 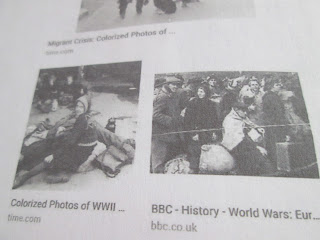 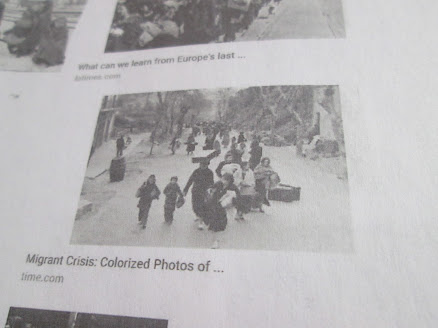 These pictures are from the LA Times. They are as large as I could get them.
Information for this blog is from the Smithsonian magazine, issue November 2021. The article has more information and pictures. Pages 66-82.
By Patricia Stinson Pat Stinson at April 06, 2022
Email ThisBlogThis!Share to TwitterShare to FacebookShare to Pinterest
Labels: Aristides de Sousa Mendes, Jews, Nazi, Rabbi, refugees, Russians, stateless people., visa, World War II