In The Good Old Days of Yesteryear. Columbia Heights and Abraham Lincoln

If you live or work in Columbia Heights, Minnesota, you have a connection with Abraham Lincoln.

In 1911, Columbia Heights was a village and not the wonderful All American City it is now.

We had a small volunteer fire department on 40th Avenue and 7th st.

Thomas Lowry was a Minneapolis land developer, a man interested in railroads, a civic booster, and a streetcar company owner.  His streetcars ran on Central Avenue into Columbia Heights.  He found out that the train car that carried Lincoln's body and the body of his son Willie, was sold for $6,850, after the funeral, to the Union Pacific.  They used it for several years and sold it to Franklyn Snow for $2,000.  He sold it to the Colorado Central Railroad for $3,000 and they used it as a day coach and work car.

Mr. Lowry bought the car in 1905.  He said it was "the most sacred relic in the United States." He planned to restore and display it where people would be able to see it.  He died from tuberculosis in 1909 before he could realize his dream.

The train car was donated to the Minnesota Federation of Women's Club, and they parked the car at 37th Avenue between Quincy and Jackson streets, in Columbia Heights.

March 1911 was a time of drought and Columbia Heights was mostly prairie grass, dry and brown.

The winds were strong on March 18, 1911, when a fire started.  It burned to ashes 10 blocks of the village.  The volunteer fire department responded and was only a few blocks away. Before they arrived the fire left Lincoln's funeral train car a charred shell.

Headlines of the Minneapolis Star Journal were:

"Car That Carried Remains of Lincoln Is Burned in Spectacular Prairie Fire."

"Relic of Martyred President Reduced to Blackened Framework of Wood and Iron."

Aside note:  The horse-drawn hearse burned up in1887 in St. Louis while in a livery stable.  The fire also killed 3 men and 200 horses.

A model of the train car can be seen at the Smithsonian in Washington D. C.

There is no plaque or historical marker where the Lincoln train car was before the fire.

This is an odd posting for Presidents' Day, but little things about history are forgotten. So, in 150 years from now, much of the history of today will likely be forgotten.

To end on a happy note, I suggest we celebrate Valentines' Day for the rest of the month. 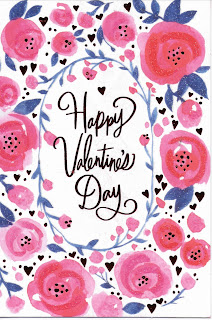 Don't forget the Black Women Contributions will be posted next. 'Twill be great.